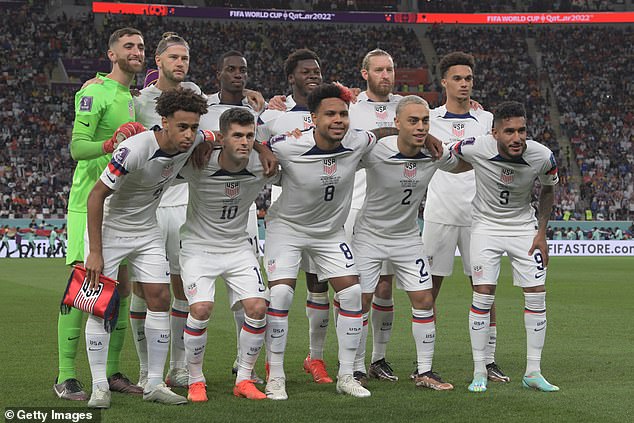 ‘It’s not development, it’s identification’: LA Galaxy midfielder Sacha Kljestan claims the USA must find future stars as Melissa Ortiz insists the team has a ‘ton of potential’ if it gets a striker

Former USMNT midfielder Sacha Kljestan has dismissed the notion that Team USA must look to develop a forward as a means of fixing their scoring woes.

While the Stars and Stripes put in an admirable performance at the World Cup, its draws with England and Wales, alongside the Round of 16 defeat to Holland, highlighted the forward line as their weak spot.

Many pundits and supporters have urged the US to find a lethal finisher ahead of the 2026 World Cup – which it hosts alongside Canada and Mexico.

Speaking on FOX’s coverage of the 2022 iteration, Kljestan believes the solution is talent identification.

‘It’s either in you or it’s not,’ Kljestan, currently an LA Galaxy midfielder, said of finding the next star.

‘We talk about development. “Oh, we’ve got to develop these players.” Sorry, I didn’t have a coach that developed me I had it inside me that I wanted to be the best I could possibly be. 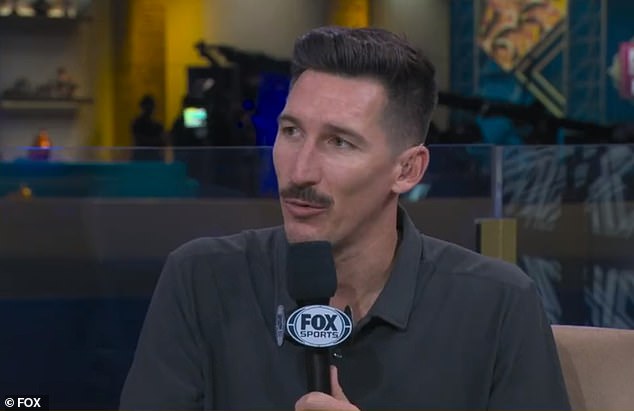 ‘It’s not development, it’s identification. Can we find these kids wherever they are, at whatever time period they are in their life, and be like, “Okay, that kid has something.”

‘”Now, we need to let him play games. we need to give him time to develop and then once he’s developing, we get him in the national team.”‘

Meanwhile, FOX host and former Colombian women’s national team member, Melissa Ortiz, believes there should be reasons for optimism ahead of the next World Cup. 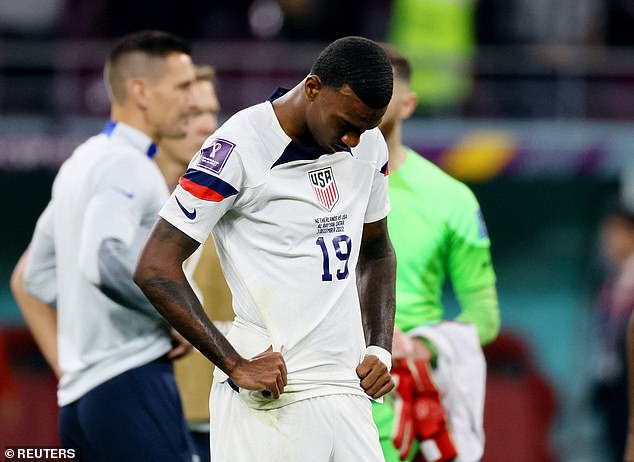 Haji Wright scored one goal – vs. Holland – at the World Cup as the USA lacked a true focal point

‘If they find a solid [number] nine, I do think that the US Men’s National Team has a ton of potential,’ she said.

‘And that’s exactly why I think that their loss the other day was just so disappointing…because they knew that they could do better.

‘They have the talent, and I think in four years to come…they’ll be in a way better position.’ 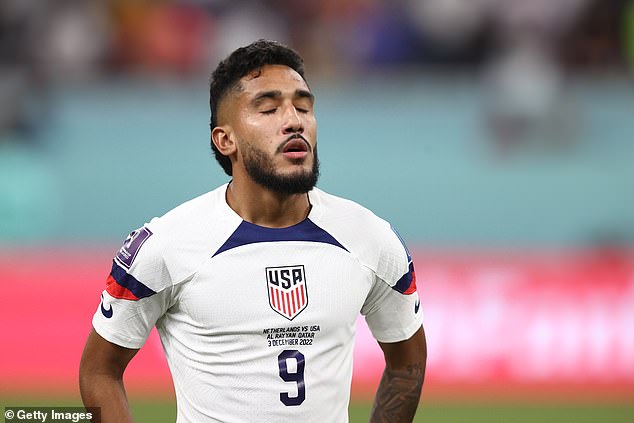