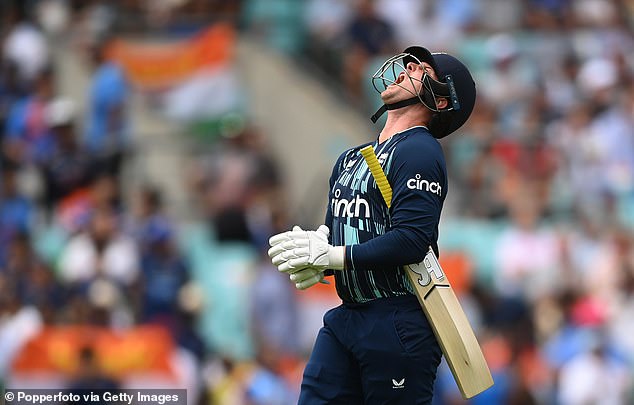 PAUL NEWMAN: Jason Roy is in a worrying decline… the England opener desperately needs to regain his form or he could follow fellow 2019 World Cup legend Eoin Morgan into international retirement

Jos Buttler’s plea for England not to panic after his third defeat in four games as white-ball captain could be severely tested by the decline of one of his most trusted lieutenants.

Jason Roy goes into Thursday’s second one-day international as a symbol of the dip in fortunes of England’s all-conquering limited-overs side that sees them badly needing improvement against India at Lord’s and in the final match at Old Trafford on Sunday.

Roy looks desperately out of form and, approaching his 32nd birthday, needs to show he still has what it takes at the top of the order if he is not to quickly follow fellow 2019 World Cup winner Eoin Morgan into international retirement. 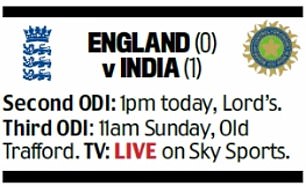 The Twenty20 World Cup in October, not to mention next year’s defence of England’s 50-over crown, is beginning to look a long way away for the Surrey opener, with Phil Salt leading the array of big-hitting alternatives at Buttler’s disposal.

It did look as though Roy had returned to something like his best when he made 73 and then an unbeaten 101 in England’s one-day jaunt to Amsterdam last month.

But the club bowlers of the Netherlands have proved a very different proposition to Jasprit Bumrah and company, with Roy making a painful four off 16 balls in the first Twenty20 international against India followed by a duck in the second and 27 in the third. Then, striving too hard to hit a rare wide delivery from Bumrah to the boundary, he inside edged into his stumps for a five-ball duck at his home ground the Oval on Tuesday at the start of an embarrassing 10-wicket defeat. 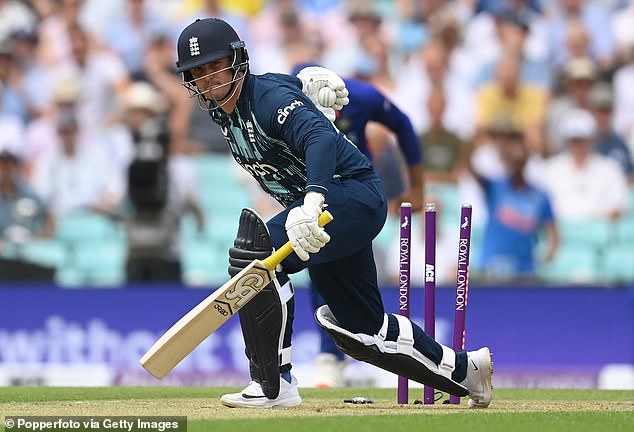 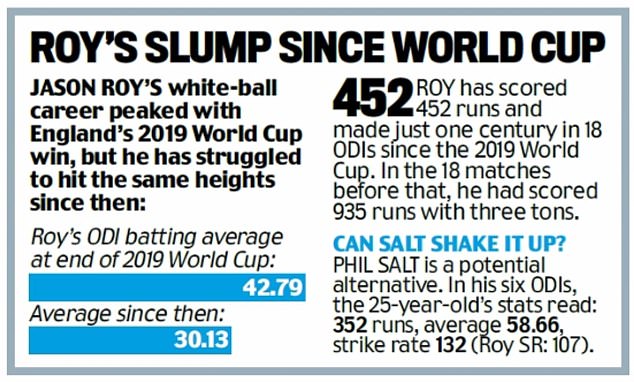 It is the culmination of a difficult period for Roy. He admitted going through a ‘dark time’ during two years of bubble life that saw him fined £2,500 by the ECB and handed a suspended two-match ban for what remains an unspecified offence.

The failure of the ECB to reveal the nature of his misdemeanour has done him few favours, with Roy having to evade the issue when asked about it by Sportsmail after his return to the spotlight in the Netherlands.

‘Unfortunately I can’t talk about it,’ said Roy, before going on to expand on how he reached a low point when he was on franchise duty. ‘Things mentally weren’t right with me at the Pakistan Super League,’ he said. ‘I was in a weird place because I was playing good cricket but I wasn’t enjoying myself. I wasn’t happy and it was just a dark time.’

Moeen Ali attempted to explain a white-ball slump that is in sharp contrast to England’s Test revival when he insisted it will take time to settle under the new management of Buttler and coach Matthew Mott. 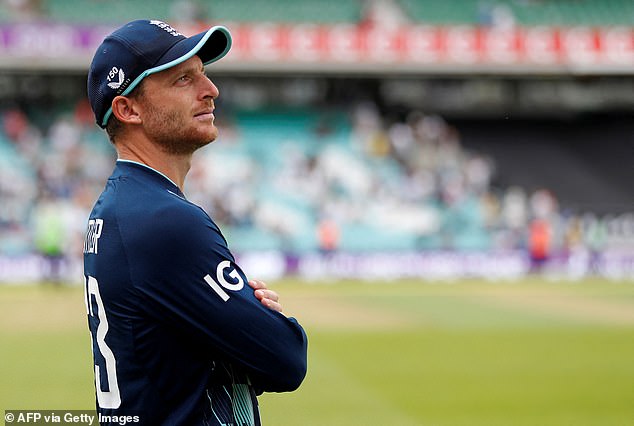 ‘It will take a few defeats, which is fine,’ said Moeen. ‘We want to win now and we will start winning again as we get closer to the World Cup. But sometimes you can learn more from losing.’

Moeen compared Mott to England’s World Cup winning coach Trevor Bayliss. ‘He has settled in really well,’ said Moeen. ‘He is a lot like Trevor but he has his own ways. He is very relaxed and I don’t think our start under him has affected him at all.

‘We will learn from what happened on Tuesday.’

Ideally England will learn with runs for Roy and a win at Lord’s.