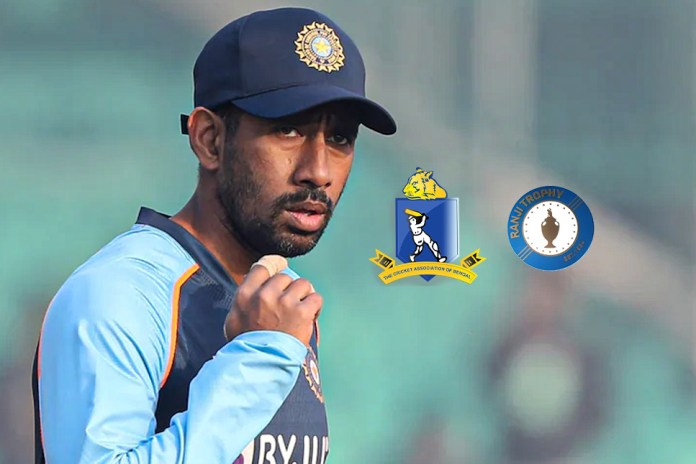 Ranji Trophy 2022: Wriddhiman Saha refuses to for Bengal – The Wriddhiman Saha vs Cricket Association of Bengal (CAB) fiasco has reached a new height after the veteran Indian wicket-keeping batter refused to take part in the upcoming Ranji trophy 2022 knockouts. Saha who has been a part of the Bengal Ranji team has refused to take part in the upcoming games after repeated requests from CAB. Follow Ranji Trophy 2022 Live Updates on InsideSport.IN

Ranji Trophy 2022: Axed International Wriddhiman Saha SNUBS CAB request to play Ranji Knockouts for Bengal- Check Out
Also Read: IND vs SA T20 Series: Biggest CAPTAINCY test coming up for KL Rahul, selectors say ‘He will be closely monitored’ after FLOP SHOW in South Africa
Bengal is all set to take on Jharkhand on 6th June for the quarterfinals in Bengaluru. Ahead of the much-anticipated fixture, the fiasco involving Saha and CAB has taken a new avenue.

“The Cricket Association of Bengal wanted Wriddhiman Saha to play for Bengal at this crucial juncture especially when Bengal would be fighting in the Knockout stage in a bid to win the Ranji Trophy after becoming the top ranked team in the country at the end of the Group Stage,” CAB president Avishek Dalmiya said on Thursday.

“I had expressed this to Wriddhiman and had requested him to reconsider his decision. However, Wriddhiman has now communicated to us that he is not willing to play the Ranji knockouts,” Dalmiya added.

The controversy began when Saha and Mohammed Shami’s name was inducted into the Bengal squad list for the upcoming Ranji trophy matches. It later came to light that previously Saha has already acquired a No Objection Certificate (NOC) from the state body.

However, the Cricket Association of Bengal (CAB) refused to comment on the above news. “Any discussion that happens between a player and an organisation is strictly between that player and the organisation. I would like to completely refrain from making any comments at this stage,” Dalmiya spoke previously on the matter.

Wriddhiman Saha after being dropped from the Indian team decided not to take part in the Ranji Trophy group stage games. His attitude and commitment to the game were then questioned by joint CAB secretary Debabrata Das.

Saha, out of favour with the Indian selectors, stayed away from the league stage of the championship and it did not go down well with the association with CAB joint secretary Debabrata Das questioning the cricketer’s commitment to the state. “Wriddhi has no responsibility towards Bengal cricket. When he is not in the Indian team, he should play for Bengal,” Das said.

Wriddhiman Saha has been playing in IPL 2022 for Gujarat Titans. Saha featured 10 times for GT and performed well for the debutant side. He scored a total of 312 runs with a healthy average of 34.66. With 3 half-centuries and the highest score of 68, Saha did leave his mark on the game after being dropped from the National team.