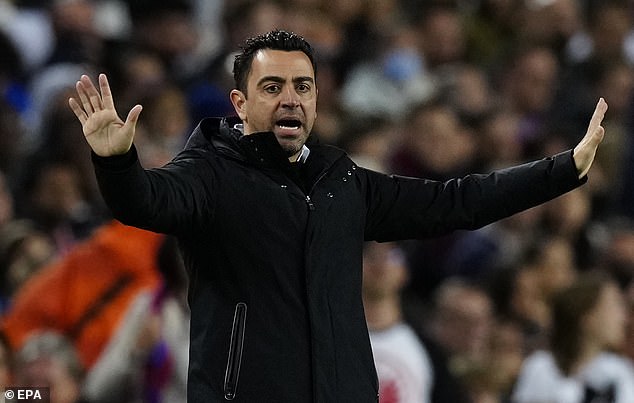 Xavi bemoans a ‘clear miscalculation’ by Barcelona after 20,000 Eintracht Frankfurt fans roared their side to a win at the Nou Camp, with president Joan Laporta branding it a ‘DISGRACE’ that so many supporters gave up seats

Barcelona coach Xavi said the team’s home defeat to Eintracht Frankfurt was like playing a final at a neutral venue after 20,000 of the German club’s supporters took over the Camp Nou.

‘Clearly the atmosphere did not help and the club is looking into why this happened. The players want to know why too,’ the coach said.

‘It was a clear miscalculation on our part. This cannot be allowed to happen. It was more like a final with the stadium divided.’ 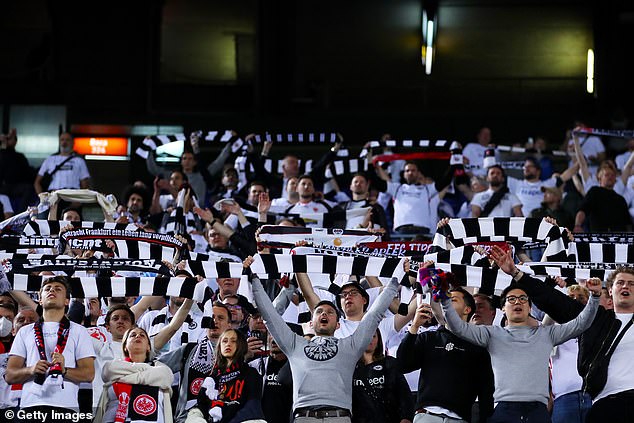 Xavi had urged Barcelona supporters to fill the stadium before the game and the club appealed to supporters who were not going to the game to give up their seats so to ensure a big-game atmosphere.

But calls were not heeded and when the Barcelona players ran out to warm-up they were jeered onto the pitch with Eintracht supporters all over the stadium.

‘It’s a disgrace what has happened,’ said president Joan Laporta when asked why so many Barcelona season ticket seats had given up their seats. ‘I feel embarrassed.’ 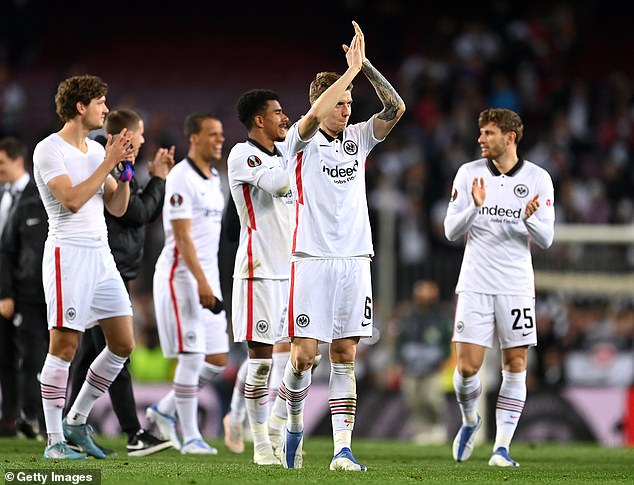 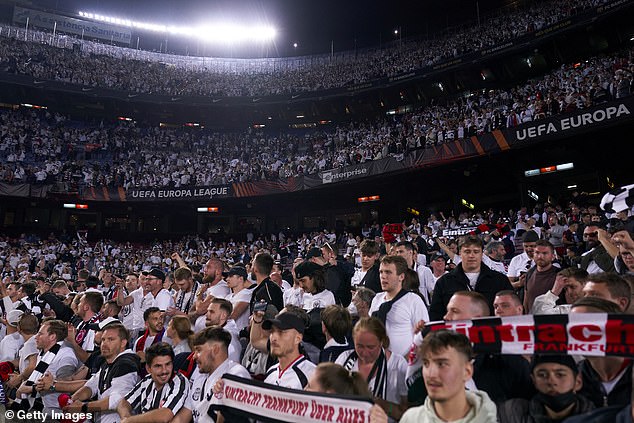 The German club brought 20,000 fans with them and Barcelona made a ‘miscalculation’

On the final whistle Eintracht supporters dotted all around the stadium congregated with the official away section and celebrated with the players.

Xavi added: ‘The atmosphere is not an excuse. The problem is a football one. We made too many errors.

‘We made mistakes in all three goals and we have to look at ourselves. We did not play well. That is why we are out.’ 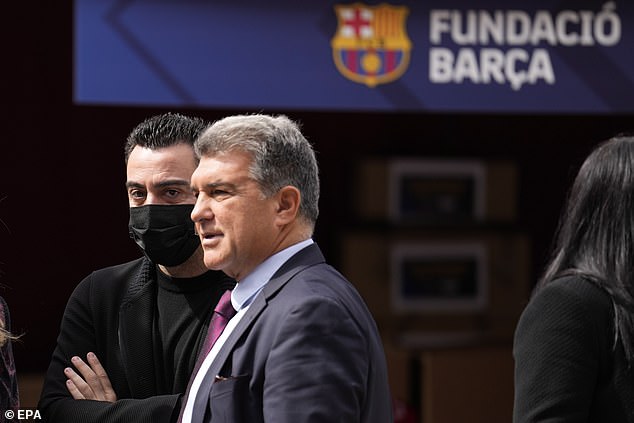