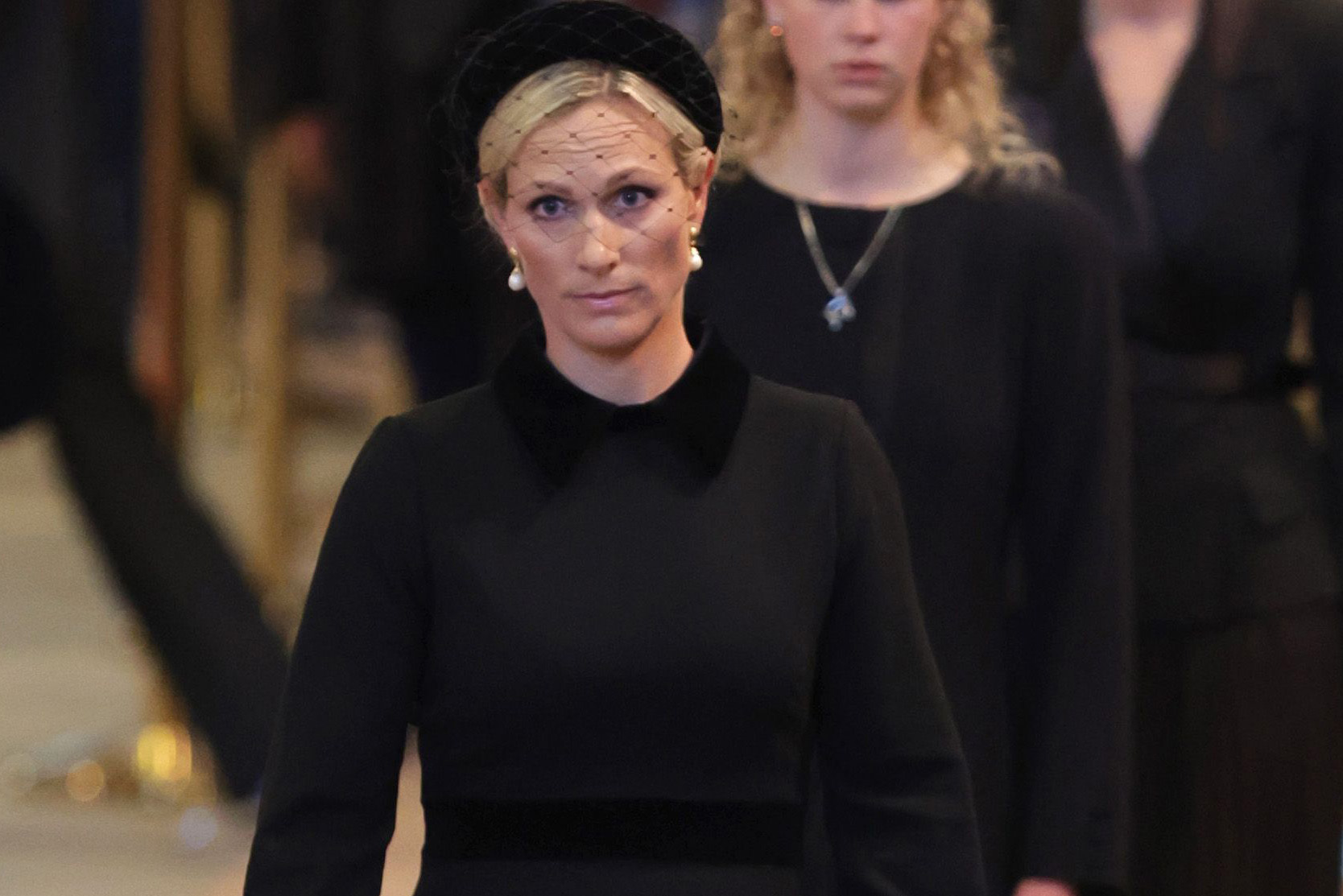 Zara Tindall paid her respects to Queen Elizabeth II during the last royal vigil around her grandmother’s coffin at Westminster Hall in London. She was part of the ceremony that gathered all eight of the late monarch’s grandchildren, including her brother, Prince Phillips.

The youngest child of Princess Anne wore a black bishop dress with a velvet Peter Pan collar. As for footwear, Tindall chose classic black pumps that she paired with black tights, following the royal tradition for the mourning period. She accessorized with symbolic pearl earrings and a black headband with a veil.

The black veil is a symbol of sadness and is often used by royal women after the death of a loved one. The white pearls are considered to denote purity and represent tears.

The equestrian athlete has been wearing somber attire all week. On Sept 14., she was in a black midi dress with a turned-over collar and pleated skirt at the lying-in-state procession for Queen Elizabeth II’s coffin.

Tindall and her brother Peter stood at the head of the coffin for around 15 minutes. They were joined by cousins Prince Harry, Prince William, Princess Beatrice, Viscount Severn James, and Lady Louise Windsor.