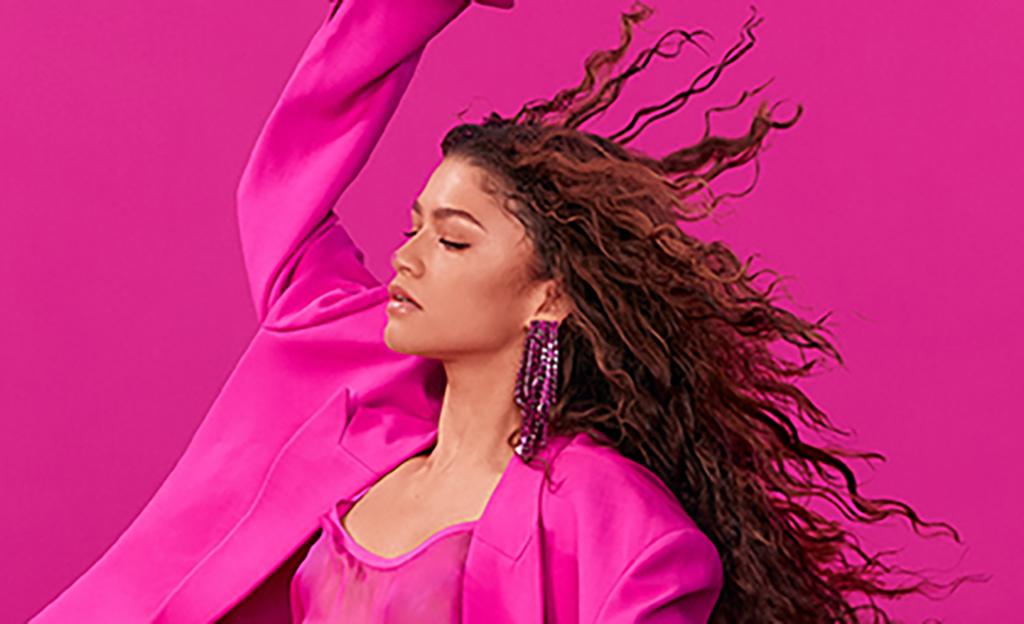 Creative director Pierpaolo Piccioli conceived a new campaign, entitled PINK PP, centered around the trademark Barbiecore color for the brand. The designer brand described its version of pink as a different emotional and mental space, a collateral dimension to the real that can be accessed.

For the pink-filled campaign, Zendaya was one of two central stars, along with Sir Lewis Hamilton, shot by Micheal Bailey Gates. The actress was styled in an all Pink PP monochrome outfits. Zendaya wore two different all pink ensembles, the first featuring a sheer wispy top and oversized slacks with an ’80s style blazer and pink gloves. The “Euphoria” star held a pink pillowy bag with silver studs and decorated her ears with dangling silver and pink crystal earrings as a final touch.

The second look saw Zendaya wearing a pink mock neck mini dress with Pink PP arm length gloves and tights. The pink was only emphasized with more pink accessories that included a tiny square clutch. How much pink is too much? The signature hue has sent Valentino into the stratosphere, skyrocketing their notoriety and relevancy within the fashion landscape. With that being said, it seems that the shade won’t be out of circulation anytime soon.

Both extreme outfits needed perfectly pink shoes. The stylist on the shoot honored that sentiment with platform boots that lengthened the already tall actress. The sky-high platform boots resemble the ever popular Garavani heels also by Valentino, their chunky soles and death-defying heel heights matching.