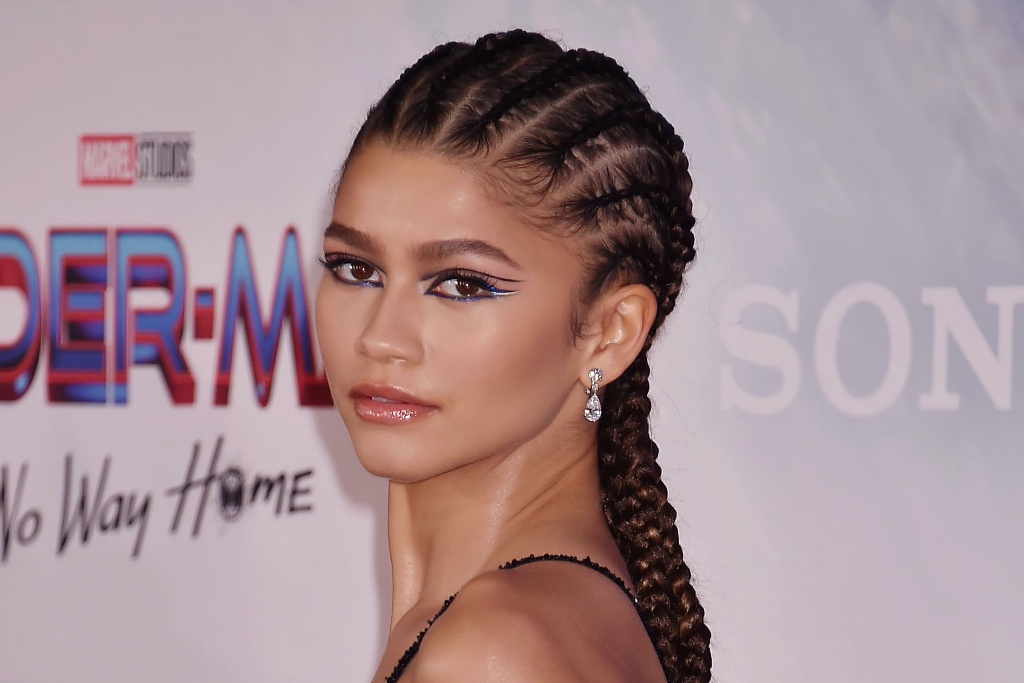 Zendaya was pretty in pink, wearing in a head-to-toe monochrome outfit for Valentino’s fall ’22 fashion show during Paris Fashion Week.

The “Euphoria” star posed ahead of the show in a vibrant fuchsia overcoat, which featured sharp lapels and coordinating gloves. Zendaya’s outfit beneath wasn’t fully visible, though she did accessorize with a similarly toned studded top-handle bag, asymmetric earrings and bold eyeshadow.

“Pink is the color of love, community, energy and freedom,” Valentino shared from its official Instagram account before the show. “@zendaya gives us an exclusive look at the rose-colored, monochrome world of the Maison’s latest collection, revealed today in Paris.”

For footwear, Zendaya opted for a matching set of platform boots. The style appeared to feature leather uppers in a thigh-high silhouette, streamlining her look beneath the coat. The pair also gained a daring edge from thick platform soles. Though they weren’t visible, the style’s heels likely included a stiletto or block shape totaling 5-6 inches in height.

However, this wasn’t Zendaya’s only bold Valentino moment as of late. The “K.C. Undercover” actress also starred in the brand’s spring ’22 “Rendez-Vous” campaign, alongside Piccioli and Roach. In the clip, Zendaya searches for her perfect outfit with the help of Roach and Piccioli in colorful Valentino jeans, suiting, draped and 3D floral shirts, flowing jackets and more, as well as standout sets of studded gladiator sandals. You can view the full video below.

When it comes to shoes, the former “Shake It Up” actress has been spotted in strappy sandals, boots and pumps from Jimmy Choo, Roger Vivier and Casadei. She also serves as a frequent collaborator with fashion brands including Tommy Hilfiger and as a brand ambassador for Valentino, Bulgari, Lancôme and Covergirl Cosmetics. The actress has even ventured into designing, having launched her affordable clothing line, Daya by Zendaya, in 2016. Zendaya has become a front-row fixture during fashion month as well, attending runway shows for Michael Kors, Vera Wang, Louis Vuitton, Rebecca Minkoff and others.